Who was Rev. Larry Bedini, cofounder of the CMC? 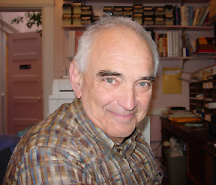 Rev. Larry Bedini made his transition from this earthly manifestation on May 10, 2010. He had been surrounded all day by close friends. Lawrence Guido Bedini was born in San Francisco on July 5, 1932. He left San Francisco with his mother at a very early age and grew up in New York City, rural Arkansas, and eventually Monterey, California where he graduated from high school.

He went into the Air Force right out of high school in 1949 and served during the Korean War. His primary duty was to be a liaison to the performers and stars who came to entertain the troops. 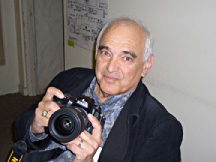 When he was released from the Air Force in 1953 he came to San Francisco and started studying acting in order to overcome his extreme shyness. He studied acting with Elizabeth Holloway and later singing with Stewart Brady with whom he established a lasting 30 year association. He got involved with theater and performed in many places including Los Angeles, Oregon, and Ireland. With Stewart Brady’s help he established the Bedini Theater Project that produced plays in San Francisco over many years. He won the San Francisco Drama-Logue award for Best Director for his 1980 production of P.S., Your Cat Is Dead.

In 1987, with Rev. Tony Ponticello, he founded the Community Miracles Center to study and teach the spiritual discipline A Course In Miracles. He was the CMC’s first person to be ordained as a minister on January 28, 1989. He had been active in this organization since it was formed, taking a prominent role in three large ACIM conferences (2000, 2007 and 2009). He continued to speak regularly at the CMC’s Sunday Service. He also recorded a distinctive recording of ACIM Original Edition.

Five years ago (2005) he formed the Y.E.S. Foundation for the Arts that has given many thousands of dollars of scholarships to young musicians and singers. He is known for his elaborately decorated Christmas parties that truly defy description. He is also known for being a snappy dresser with a passion for the shirts and other products of designer Jhane Barnes, who eventually became a close personal friend. 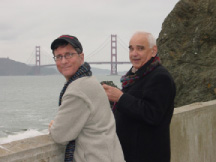 He has for the last nine years (since 2001) mird with his devoted and caring life partner Thomas Elliott. Tom took heroic care for Larry during the seven months of his illness.

We all know that he will always be with us in spirit and that he is now working for us on the “other side” as an angel.